The European project 4NSEEK, led by INCIBE, comes to an end The project focused on international police coordination on cybercrime and child sexual abuse have generated the digital forensic analysis tool 4NSEEK, which specialises in this specific type of crime.

The 4NSEEK project (Forensic Against Sexual Exploitation of Children), launched in January 2019, has been co-funded by the European Union (EU) through the funding programme Internal Security Fund - Police in its call ISFP-2017-AG-CYBER. The project has been coordinated by INCIBE and has involved the participation of Law Enforcement Agencies (Policía Nacional y Guardia Civil, through Ministerio del Interior and Malta Police), universities (University of León, University of Malta y la University of Groningen) and Portuguese Association for Victim Supports (APAV).

This project, which lasted two and a half years, ended at the end of June 2021 after having achieved its objectives set in the fight against child sexual abuse. The initiatives developed have been aligned with the objectives of the project, focused on four lines of action: international cooperation with law enforcement agencies and prosecutors from different countries; the supply and use of the digital forensic analysis tool, 4NSEEK, developed within the framework of the project; awareness campaigns, such as #StopChildAbuse; and specific training in this type of crime for police, judges or prosecutors through events, such as the Summer BootCamp 2019 and the specific workshops at Safer Internet Day 2021.

The project has generated the digital forensic analysis tool, 4NSEEK, which specialises in this type of crime and includes innovative improvements based on the needs identified by the Law Enforcement Agencies involved in the project. The tool includes innovations that have applied scientific research in artificial intelligence and automatic recognition techniques in the field of artificial vision carried out by the participating universities. Main improvements include the automatic detection of minors or the recognition of sexual organs in scenes of multimedia materials, as well as the generation of intelligent summaries of videos.

These advances allow police officers to automatically analyse large volumes of seized multimedia material, to focus their efforts on a visual inspection of the most relevant material detected with high reliability provided by the tool, resulting in significant time savings. The 4NSEEK tool has been requested by more than 250 police units from more than 50 countries around the world, specialised in the fight against child sexual abuse. Among all those applicants, more than 100 are already operational, including EUROPOL. 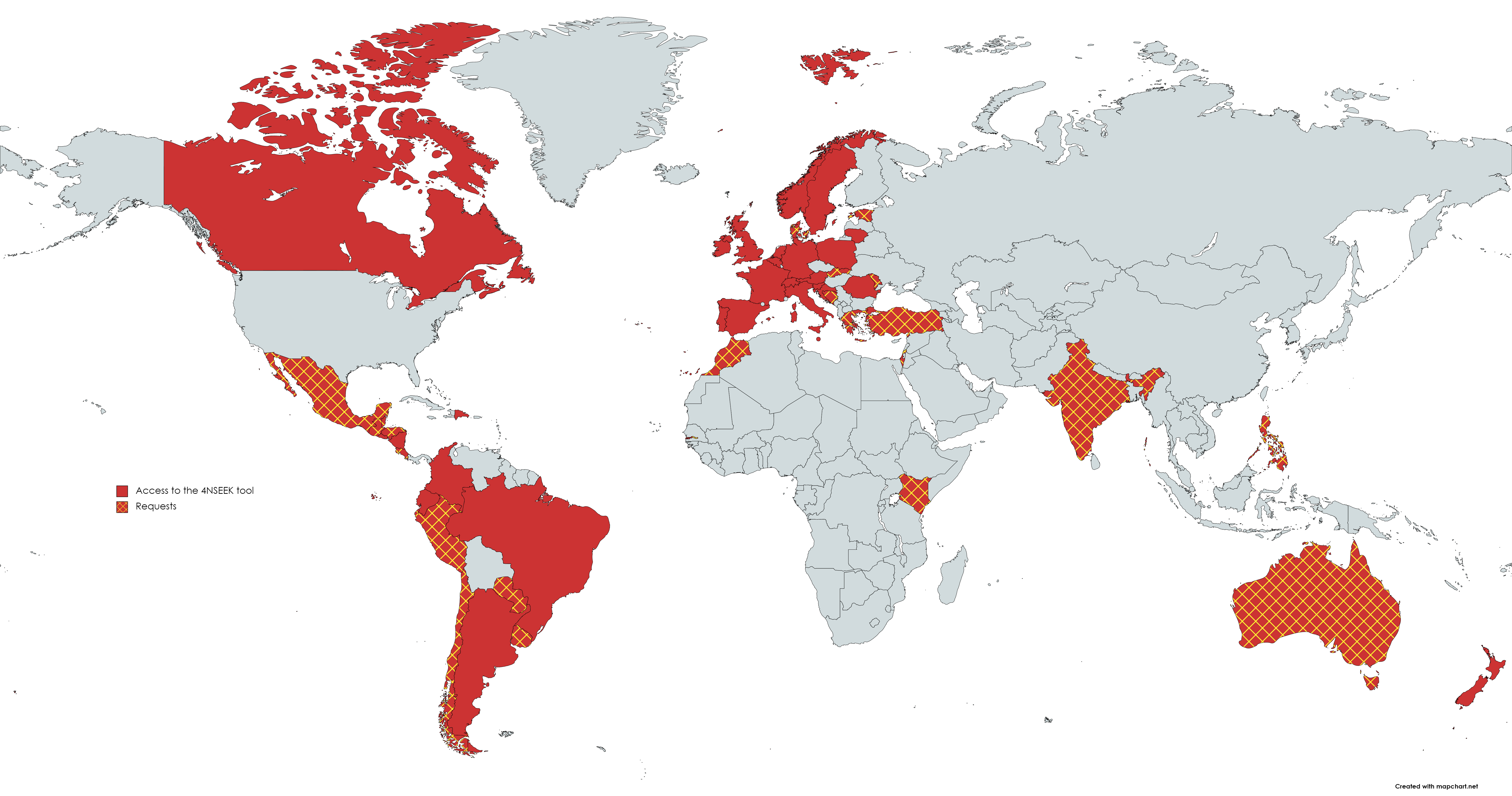 Another result obtained in the framework of this project has been the elaboration of a forensic procedure that brings together in a single document the legal and technical vision of digital forensic analysis in the Spanish legislative framework and reviewed by the Spanish police participating in the project.

Finally, in order to broaden the perspective on this problem, a multidisciplinary group of experts has been set up, made up of professionals from the entities participating in the project as well as professionals from other entities of reference in this field, such as police officers, experts in helplines, researchers or communication professionals.

The external entities that participated in this activity are: EUROPOL, UNICEF Spain, the Federation of Associations for the Prevention of Child Abuse (FAPMI) and EU KIDS ONLINE. The contributions of this group have been essential for the design of the #StopChildAbuse awareness campaign, which has different materials, such as infographics, videos, blog posts and a complete monograph, aimed at families, schools and society as a whole to learn about, prevent, reduce and tackle this type of risk. 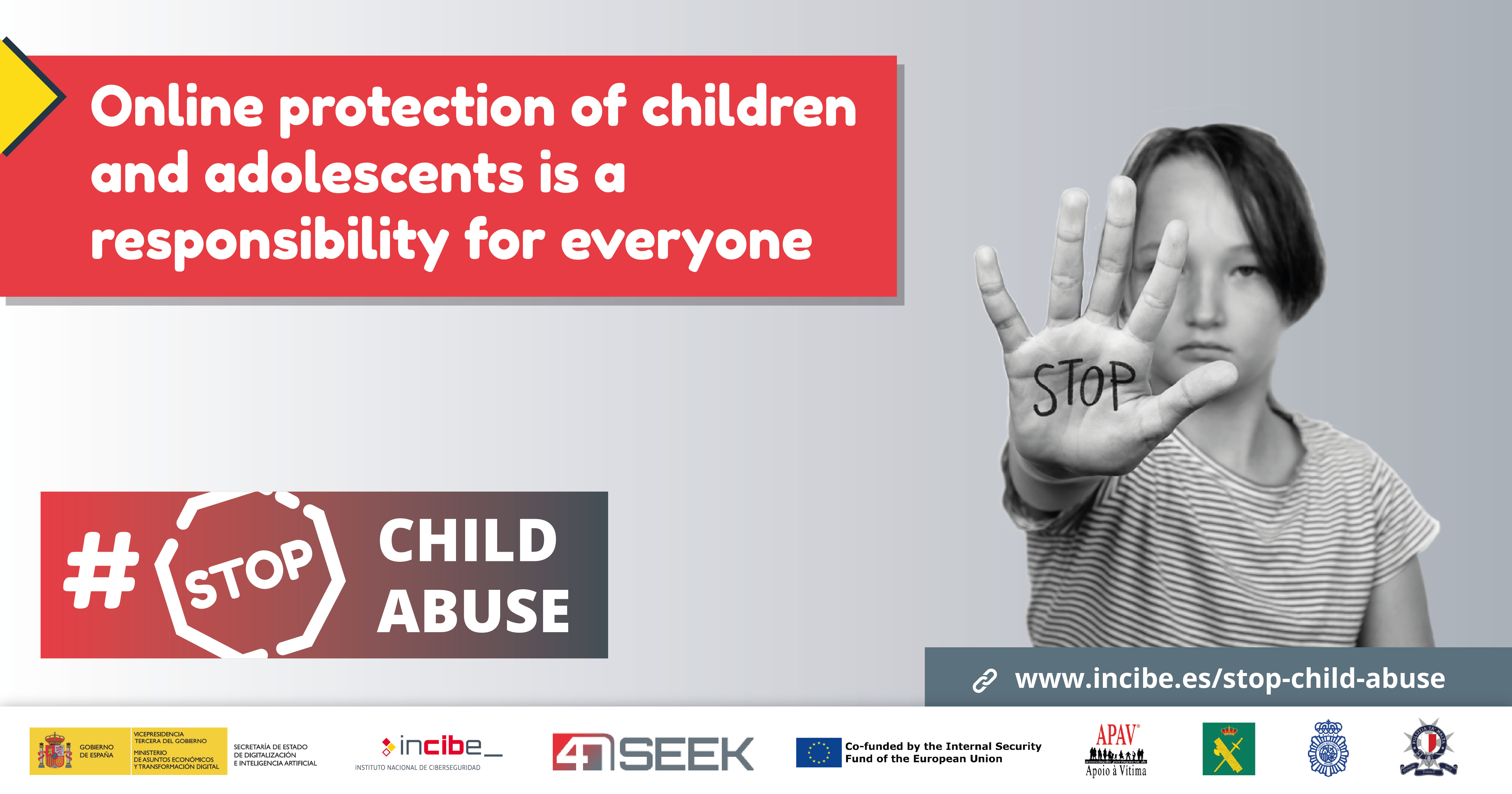